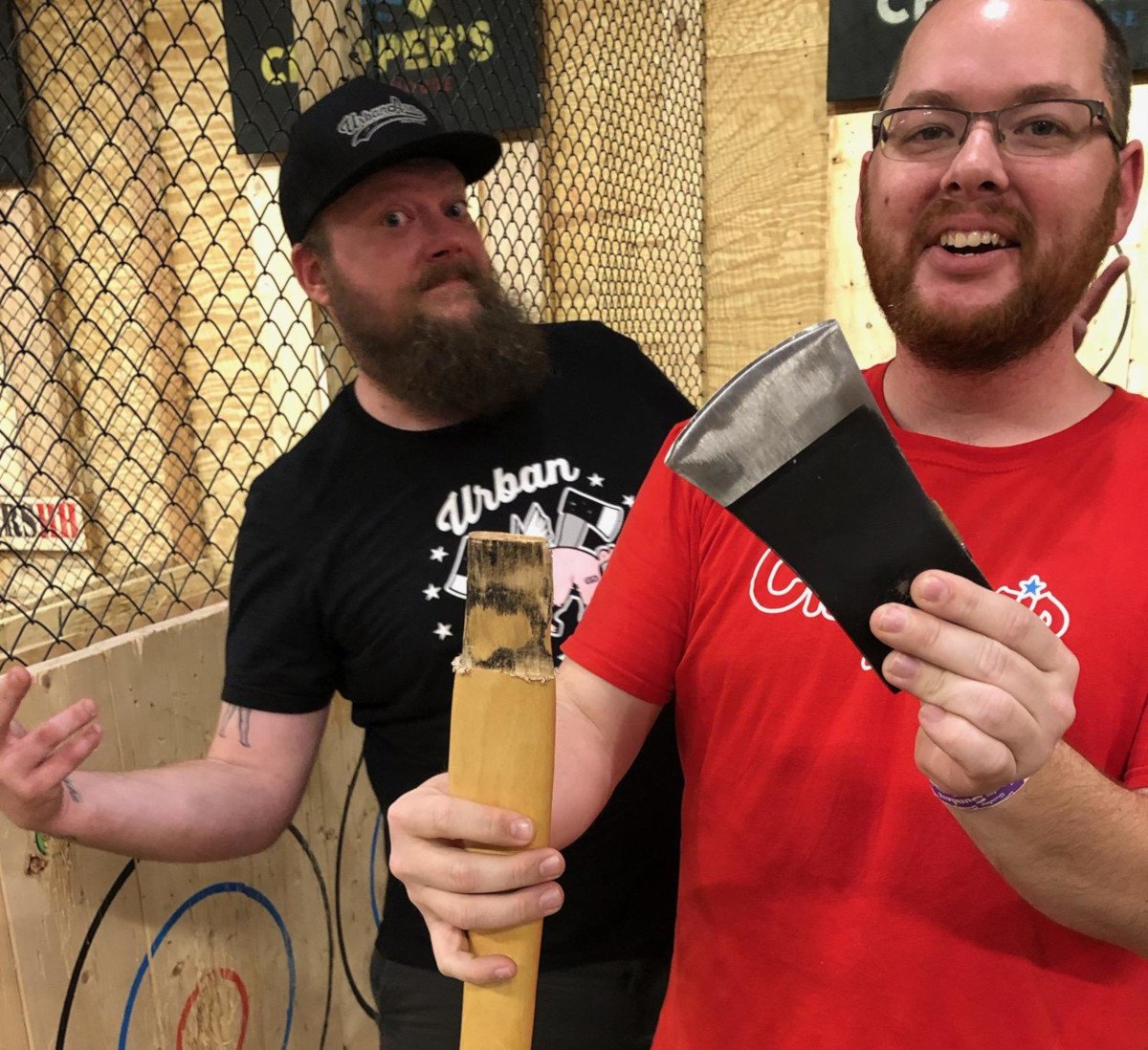 December 29th 2019 was one of our free axe throwing days. We invite member of the community out to give axe throwing a try. During this event, we threw a final League Champion of League Champions Free tournament. A Special Thank You, open only to to our amazing League members. Past and present.

The field would be 32 players. Rules would be that if IATF Playoff rule set. Registration was free for axe throwing and filled in quickly. Players outside of our leagues tried to sneak in. Everyone wanted part of the Free Tournament, despite just having a Turnpike Strike 2 days before that ended at 3am!

Most of these players have matched against each other several times. However, there were a handful of players though that never make it out to our monthly Turnpike Strike. This gave the Free throwing tournament a new variety and some excitement.

Right out of the gates, Ed DePasquale sent 2 time Choptober Challenge Mike Kump right to the B Bracket. Other upsets included Kevin Bradley sending 2019 Choptober’s 5th place Warner to B bracket. Surprisingly, Joey2Pies also found himself in B after a round with the oldest man in axe throwing, Paul Hartman.

The Final Match Up

The finals were not much of a surprise. These two seem to find their way into playing each other more often than not. Will (Uncle Willy) Gelatko coming undefeated out of A Bracket, and Mike Kump battled through the entire B Bracket face off in the finals. Best of 7, and went the distance. Kump needed to beat Uncle Willy twice. Fortunately for Uncle Willy, he was not taken down by Kump.

Because of the long history of meeting in the finals, these two just made the finals a good time. Trading axes. Throwing different axes. Using the house axes. House big axe. (Remind me to invoice Uncle Willy for breaking one) Just making the end of a fun free axe throwing tournament fun. Congratulations to Uncle Willy on taking home the coveted trophy. You earned it!

Being Part of Our Axe Family

A great time was had, and I know the throwers enjoyed it. The community that was there learning to throw and watching our tournament were very impressed with everyone in the tournament. They learned everyone started just like they did. No experience. It was a great show of what our Axe Family is like at Choppers. Anyone can join our Leagues, make new friends and become part of our family. Getting good at throwing just comes with it. Check out our League Registration page. We have several options and many nights to choose from. All ages are able to join. We even have Youth Leagues to get those kids off the couch and away from the screen.