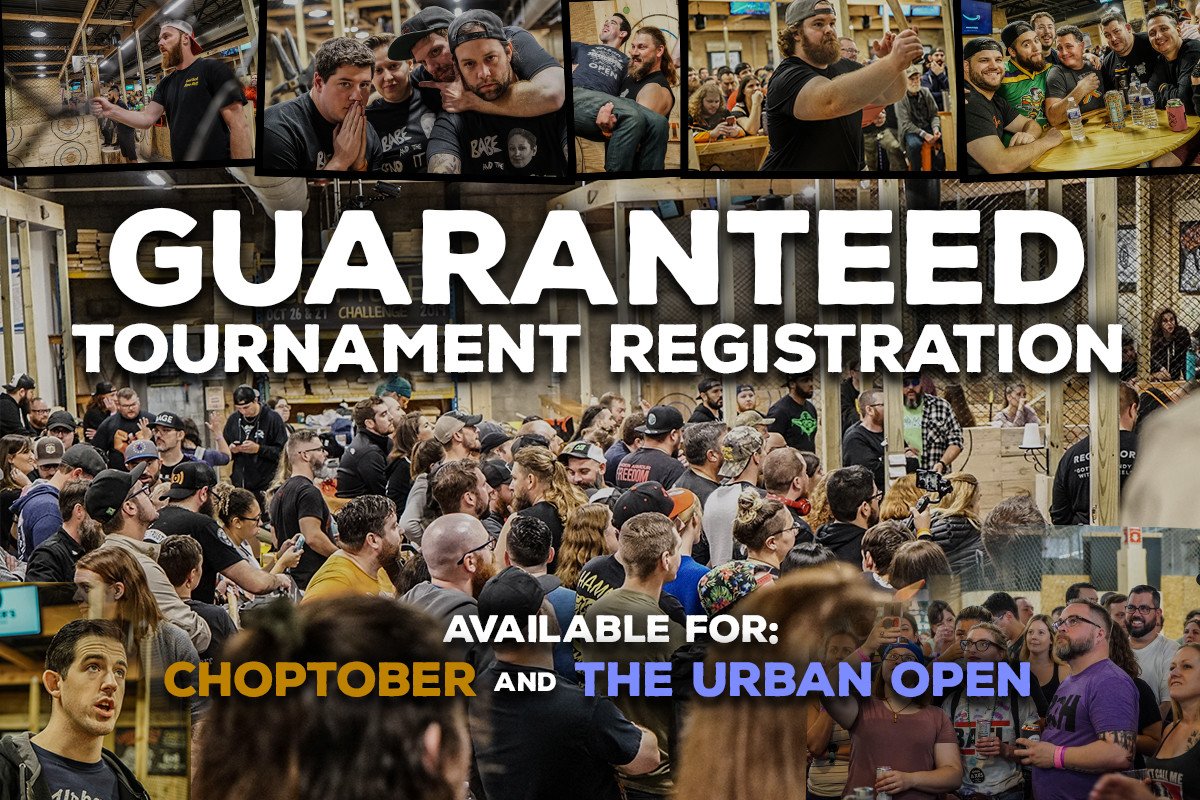 It is at the point in the axe throwing community that getting in to some of these major tournaments, is almost as difficult as winning them. Last Year there were a handful of tournaments where MANY people were left out. We saw the writing on the wall and introduced the lottery system for Choptober. We put a lot thought into how to best include as many participants as possible. I don’t know, but we thought it worked out well. But, what if there were a way to get a Guaranteed Registration for upcoming major tournaments?

After the 2019 Choptober Challenge, I had an idea that I thought was feasible. Something that players and venue owner alike could benefit from. What if we were able to trade guaranteed registrations for our tournaments? These spots could be used as prizes for other smaller local tournaments or charity events. If we all were to trade with each other, the guarantees can help people throughout the community who are spread across the country and in Canada at local tournaments.

I sent emails to all the major tournament hosts. Apparently this idea was either misunderstood, or they just didn’t want to participate. Some venues gave a reason why, others just stopped responding. Some just never even acknowledged the offer. This opportunity was offered to WATL, IATF and Independent venues. There were two other IATF members that are on board and saw the value. Our friends at Total Axe and Urban Axes.

I won’t even try to remember the time it took to sell out last year. I do recall the disappointment from those that did not get in. The Urban Open will be held this year in Baltimore on July 25th – 26th and is sure to sell out. But, we’ve got you covered!

Our monthly ax throwing tournament, Turnpike Strike will have 3 guaranteed registrations available. Each of the 2 skills winners and the main tournament winner will be securing their registration for the Urban Open. Players will still be responsible for registration fees. However, they will not have to participate in the registration frenzy.

In the case of a player winning multiple times during the March TPS, the second place winner will take the spot. This spot being won FIRST is the one the player will keep. The next skill or tournament will be the spot that is awarded to the runner up.

Any tournament hosts that want to participate, please contact us.