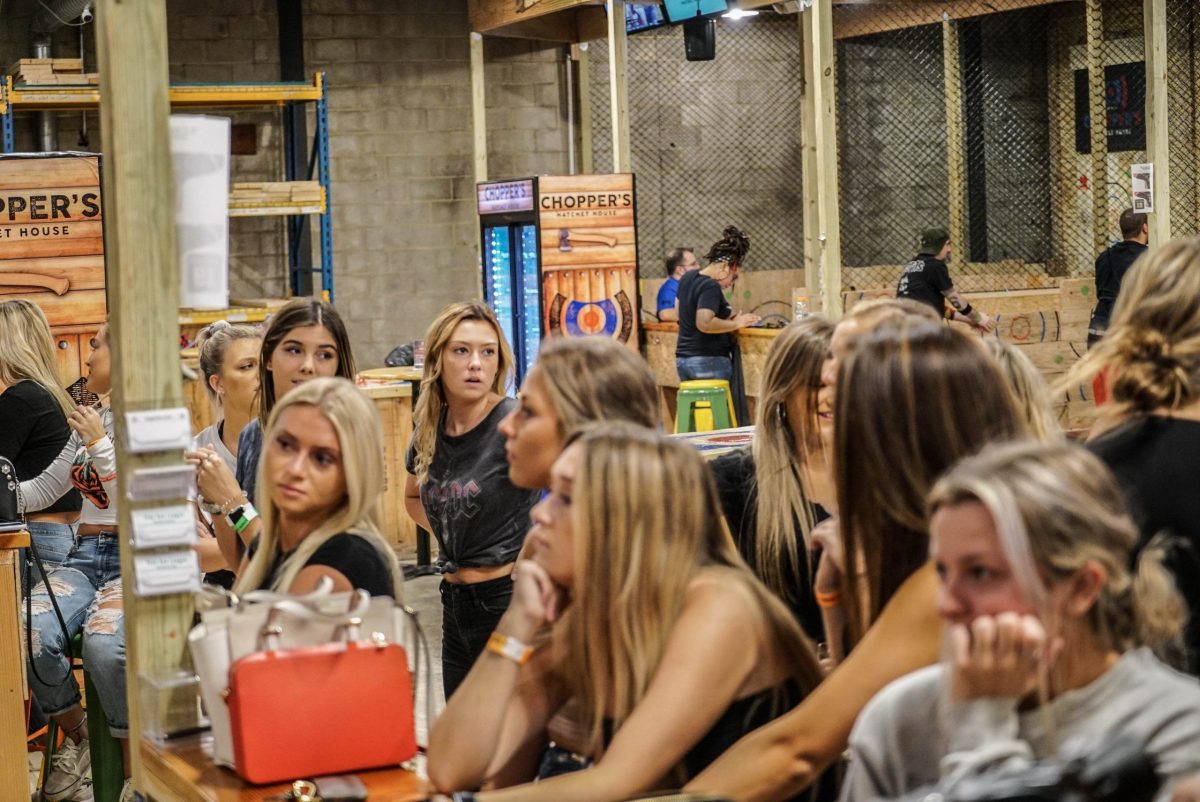 I have been contemplating axe throwing league registration fees for a while now, as well as contemplating deeper paying brackets. If you read the my post on paying deeper, you will find that was sparked from our cornhole tossing friends at the ACL. Well, this also stems from how they do things. Not that axe throwing needs to follow in every footstep cornhole does, but there are some things that cross over. At the end of the day, they are both just leagues for individual scoring sports.

After deciding to join the American Cornhole League (ACL) we started mapping out how to begin leagues. In checking out comparative league registrations I noticed the entry fees being pretty low. They ranged from $30 to $50 for an 8 week league. I couldn’t comprehend how the people running these leagues could survive or keep interest enough themselves to do these week after week. To give some context, the league runners “usually” set these up at a local bar or brewery on slower nights to draw in customers for the bar. The economics of those deals vary, but overall the league runner pays nothing to the bar but provides all the boards and coordinates all things to do with the league. The bar pay nothing additional to the league runner, they allow them to use their space to run their leagues. Cash payouts and a league runner collecting only $30 – $50 for 8 – 10 weeks? What?! Nobody can love cornhole THAT much to run it for basically free!

Digging deeper revealed that there is a payment due each and every week. Now it is starting to make more sense. This is what got my wheels turning thinking about all the people over the years that did not register for a season of axe throwing because they just didn’t have the money at the time. In Cornhole, the players are able to register with a much smaller fee and then pay on a weekly basis. Something like $15 a week. We are accustomed to paying one lump sum before the season begins. This system, by design, is a restrictive system in attracting new league members.

How many more people would join league if you were to tell them it is $40 or $50 to register rather than telling them it is $120 – $150? I would have to guess it would be a lot more. Cornhole doesnt “advertise” that there is a weekly fee, it is just a “known” fee among the existing players, and it makes sense. It is not that it’s a hidden fee, but its not a large commitment up front. It is financially easier for more people to handle than our approach of pay everything upfront.

Four monkeys were in a two level large cage. The upper level, accessible via a ladder, had a ball the monkeys wanted to play with, however if they touched it they would get a shock. If they moved the ball to the 1st floor, it would not shock them any longer, but rather become a play toy. The first monkey reached for the ball and was shocked, so he dropped the ball and walked away. A second monkey went to go reach for the ball and had the same outcome. A third monkey went to go get the ball but both the original monkeys held the 3rd one back signalling him to not touch the ball. As the 4th monkey went to reach for the ball, the others warned him against it. Now all of the monkeys in the cage are staying away from the ball.

New monkeys were introduced one at a time replacing one of the original monkeys. In each replacement to the experiment, one of the other monkeys would stop the newcomer from touching the ball. This was repeated until there were no original monkeys left. Not one monkey knows WHY they can’t touch the ball, yet everyone of them is telling the others not to do it.

I am not one to be happy doing what the monkey before me did. I like to look for other ways of doing things that make more sense. In no way am I saying the original way is wrong, I just want to provoke thought. Something is there, and it may be worth trying an experiment with League registrations fees. Would it help in growing at a faster pace? Would more people join a league if the entry fee was lower? How about just simply not wanting or having the entire lump sum to drop in the beginning of the season? Almost everything we do in life has switched to a subscription based payment model. Can axe throwing league?