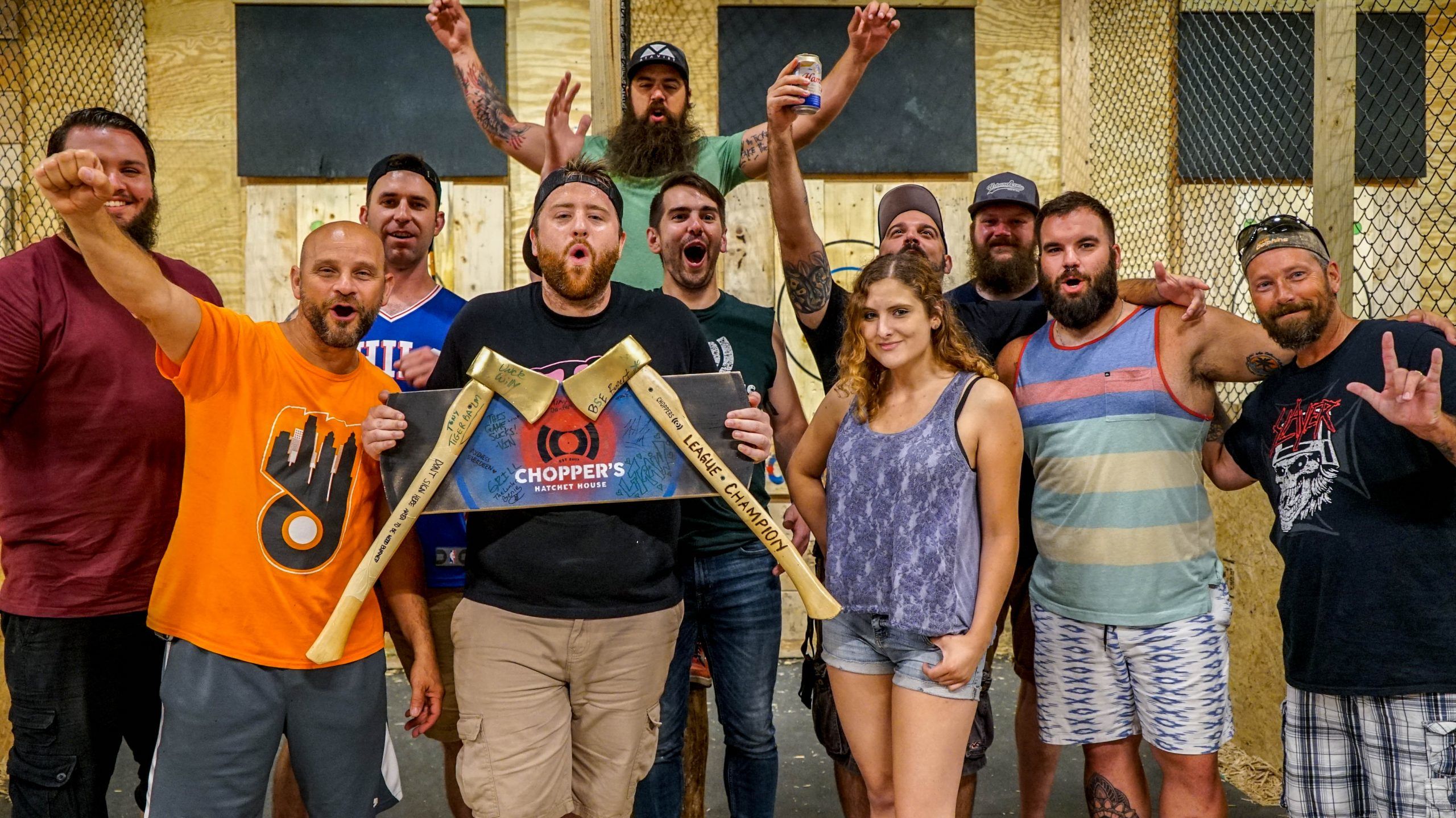 Making friends as an adult is hard. Most people are too busy with their own lives to ever consider taking on another person they care about. After college I thought I had found most of my life long friends and that it wouldn’t change as I got older. Then I found an axe throwing league and made hundreds of new axe throwing friends.

For me my experience was much different than most people who start throwing now. I started as the sport was just beginning. We were all learning together and stumbling trying to figure out what we were doing. It wasn’t until we traveled to Canada for the first time that we realized we weren’t just doing a weekly beer league with friends. We were becoming a part of a constantly growing community of like minded individuals. All of us, at the heart of everything. Not just there to have a great time with their friends and of course drink some beer.

When my axe throwing friends and I went up to Canada for the first time we had no idea what we were getting ourselves into. The Canadians greeted us with open arms. They were always incredibly pumped to learn they were playing one of the Philly people. We were the first Americans to ever attend their international competition. Matches that I thought would start with intense stares and cold silence always began with a huge hug, an introduction and even some pointers from the guys who had been doing it for almost a decade.

I was given the honor of facing off against one of the founders of the sport. He actually helped to invent the rules and create the scoring system you see today. After I somehow managed to take the win, this guy (his name is A.R.M.) takes his original BATL hoodie and puts it over my shoulders. “You earned this”. This was the first time I really saw how special this community was.

People like ARM built the foundation of this sport and showed us all the way it had to be. Be accepting of everyone and always pass on your knowledge to the newer throwers. All it will do is help grow the sport. ARM inspired me not just to be a better thrower but to be a better member of the community. I never would have thought I would have real friends all across the country. Thanks to axe throwing, now I can say I do.

You would think that intense 1 on 1 competition would bring out the worst in people. Somehow axe throwing does the exact opposite and creates a new axe throwing friend. It’s rare to have close games not end in a long intimate hug. One thrower whispering into the ear of the other. What do they say in those moments? We will never really know.

I have seen so many new throwers make friends with the veterans right in the middle of the game. The veteran will see their opponent struggling and then stop to watch their throw. Then proceed to tell them exactly what they need to change if they want to improve their accuracy. Stuff like this only continues to grow our community and create throwers who want to continue learning.

As your friendships with axe throwing friends grows, it becomes so much more than just throwing at league each week. With the growth of the sport there are tons of huge tournaments hosted around the world all year long. These tournaments turn into fun road trip vacations with all your new league buddies. Staying in airbnbs and finding all the best local spots to check out. Attending the tournament almost becomes an afterthought because you know you’ll have a good time regardless of competing. After joining a league you will see how the axe community slowly begins to take over your life. In a good way. For some people its not so slow. I never really knew I wanted more friends, but axe league has showed me that you can never have enough.

Whether you get into it for the competition or just for something to do, you can’t avoid the friendships. They just happen. People who dont like people even somehow connect and make axe throwing friends.