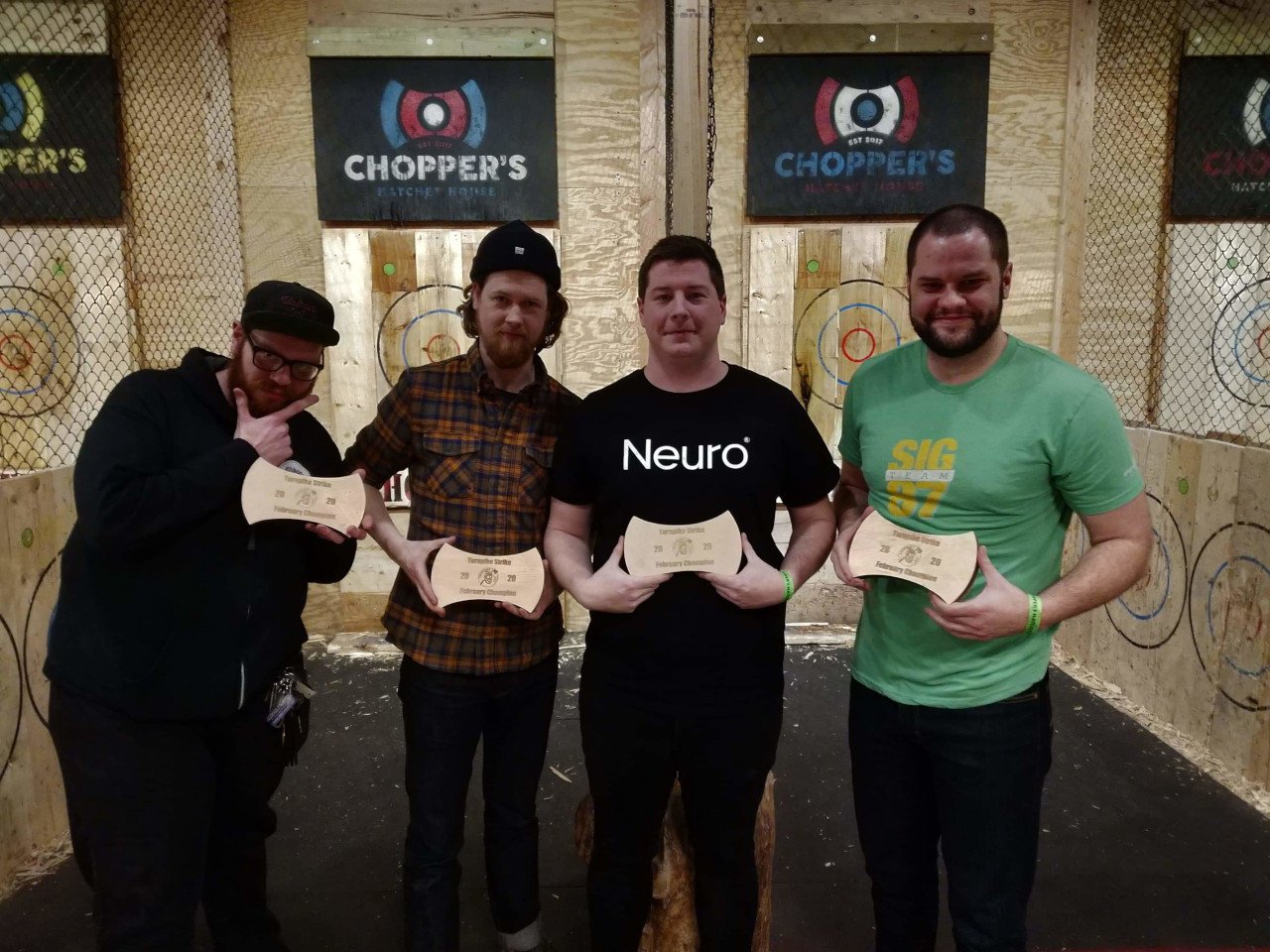 March Madness is Back!

Eighty years ago, in 2020 we held one of the first team tournaments for our March Madness TPS! event. My idea at that time was to create teams players could form, but needed to fall in certain parameters to help handicap the teams to help make it more balanced and fair. I still defend the formula created then, but know it is far from ideal.

That TPS! turned out to be one of the all time favorites people always bring up. I know there is something to be said for having teams and it will progress the sport of axe throwing in a much needed way. So when Joey the Hat came to me with a different idea on the approach, I was all ears. Well, not ALL ears, some mouth too because I couldn’t help but expand on the idea. I hope others do as well.

People often take our ideas and run with them. I think that is a great thing! I want that! The more people who can collaborate in expanding on an idea, the better. This is how we all learn and progress axe throwing forward. If you don’t want to expand on it, take the rules and play them as written, but don’t complain about them. Fix them and share your ideas and feedback.

Teams will be 8 players total and 3 possible “levels” of players. Levels will be determined by CRS

Teams Can substitute down in player, but not up. Example: A team could have 1 A player, 4 B, and 3 C players. Or, maybe they have 2 A Players, 1 B player and 5 C players.

Lower ranked players are rewarded with more points for victories UP than an even match, or a DOWN win.

The idea behind this is for a venue to put it’s own Team together to Represent them. So for instance, in a 32 Person bracket there would be a team from Choppers, maybe Baltimore, Pennsauken, and one from Philly. The players from the teams representing must have played in a current season or in one of the last 2 that completed.

The venue will have bragging rights in holding the title until the next match up.

The team with the most points wins. Lower ranked players are awarded more points for a win than a higher ranked thrower. Points are awarded through the initial seeding as well as throughout the tournament.

There will be a round robin seeding prior to the tournament. Now, this is definitely an area we need to think more about. The original idea worked great on a smaller scale. However, when thinking about this in a bigger picture and scaling it to be (just say) a Choptober size type of tournament with teams from all over, the seeding as originally proposed would simply take too long.

The way we are going to try it out first will be through a “Round 1” style qualifier. Before any axes are thrown, each team captain must submit their line-up / throwing order without seeing the opponents. The home team will be the last to submit. Advantage is being able to see all the other team’s. Time limits will be enforced to 2 minutes from seeing the other team’s rosters or 5 points will be deducted every 30 seconds over 3 minutes.

Each team captain will draw opponent from a hat for the first round. Match-ups will be Player 1 vs Player 1, Player 2 vs Player 2 and so on.

Every thrower will throw 15 hatchet and 5 Big Axe to generate their individual score. The first round against the opponent from the draw is scored as an overall (like IATC Round 1), NOT by rounds won in a best of 3. Tie breaker is the cumulative score of the 5 big axe throws of each player.

For the sake of time, depending on how many challengers we get this first trial (Hoping for 3 others in addition to Choppers), the score thrown in the seeding round will be “thrown” (on paper) by comparing the player’s score, throwing order and ranking to generate team’s points. Each player will have 4 matches for seeding.