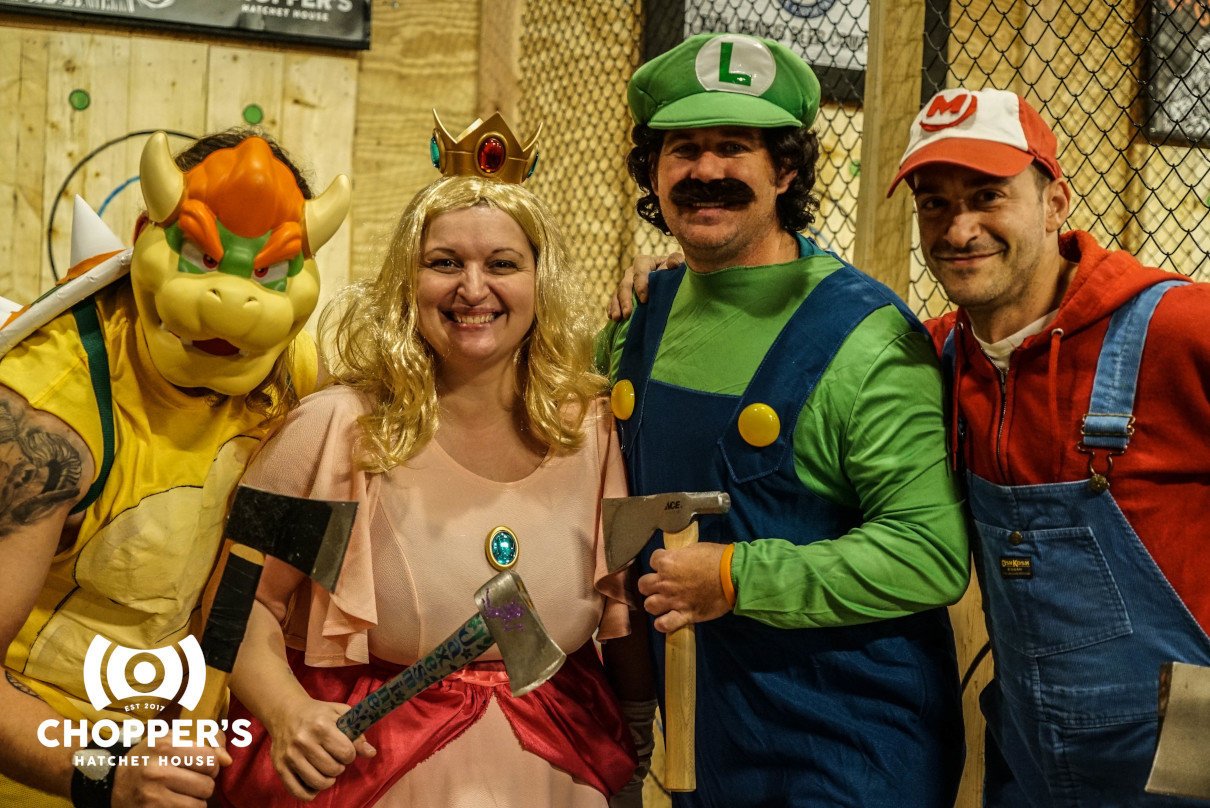 Round up your Squad and get ready for the March Madness Team Tournament for the February Turnpike Strike!

Since I can remember, I’ve wanted to do Team Leagues. Also since I can remember, I’ve always had something on my plate more important than trying to figure out the format. And, I would rather use technology than paper and pen. The topic was discussed several times and the IATF was supposed to be coming out with what they had been working on through axe scores. That was (I believe) mid 2018. And…. nothing.

Sometimes an epiphany can come when you least expect it. Team play was a fairly recently one of those for me. The format may not be perfect, but neither would any other format we try. We need to start it to learn what needs to be fixed or changed. The usual suspects that have an issue with EVERYTHING will probably have a melt down over it, but oh well. We are doing it. Get in or get out. I want to hammer out some details and kinks before Team Leagues start up in Season 3 of our Fun Friday Leagues.

Teams will consist of 4 Players. Teams can be any gender or combination of genders. They can all be from one club or made up of players from all different clubs. The only requirements are that a combined (IATF) Career average of 67.5 for the team can not be exceeded, and one team cannot have more than one player in the top 100 of CRS.

CRS Standings and Career averages will be taken from the time registration is open (Before IATC) or when the player registers. If players register AFTER the IATC, their current standings will apply.

There are players who have been throwing for a long time and have a low career average but have just recently emerged as a top thrower. There are others that just started and have high career averages. I still felt this (Career) was the best and easiest measurement for the requirement when adjusting for CRS and 81’s.

This average is the starting point and I am SURE will be adjusted. We will take a look at the Team Turnpike Strike before we start our Fun Friday Team League in May. I am thinking at this level it is going to help in building new friendships. A Higher averaging player absolutely needs to team up with lower average throwers. Those lower average axe throwers may be intimidated by the higher average throwers normally, but being asked to be on a team can be an uplifting experience. They may not normally sign up for a TPS because they didnt stand a chance against the regulars. The (almost) un-human throwers. Now they can experience a TPS and see the fun we have and join anyway.

Seeding will be from Lowest cumulative average to highest average. Ties will be settled within the individual players that make up the team. A team with a tie on say a cumulative 65 average that has a player with a 76.1 where the other teams highest player is a 74.4 would be seeded lower than the team with 74.4.

ALL members of the team must be present for the match to start. If all players are not present within 5 minutes of the attempted start of the match the team will forfeit the entire match. If both team are not all present, the win will be decided by a coin flip.

There are NO practice throws for any players once the tournament begins. First axe thrown counts. A game is 5 throws. Standard IATF rules will apply. Clutch open on 5th throw only. Each team member will throw a game against one other thrower from the opposing team. Rounds are best of 5 games until the finals, at which point they will be Best of 7. All ties will be settled with a Big Axe, straight to points. Bull will unlock the ability to call Clutch.

Teams will only have the beginning part of the evening (Practice hour) and Skills to come up with their throwing order. Ideally we would like to put the bracket out ahead of time, but we more than likely wont because people can’t get their $@#! together and register ahead of time or even on time.

If a match is a sweep in 3 games in Round 1 of A bracket, the 4th thrower will be the first to throw in the next game. The first thrower on that team would throw second.

In the case of choosing to change up the throwing order, the fist thrower in the order will be the thrower to forfeit the first game of that round. The other team’s player can ghost throw and will be scored. The forfeiting thrower will be scored as drops.

Lets Give It a Shot

I am excited to try it out. I’m hoping someone asks me to be on a team. Most of all, I am excited to see what works and doesn’t work with this so we can correct it and make this team play thing a more common thing. I feel strongly that there is something to it. I’m not sure what, but it sounds like it could be fun.

This is being put out WAY in advance. One reason is I would like to get feedback before hand so there is plenty of time to adjust the rules before registration opens. Another is to give ample time to assemble teams and come up with strategies on their team’s throwing order.

Make sure to leave comments below. Good, bad or anything else you think would help make this better. I sincerely want to hear what you think about this simple approach to starting to develop Team play.