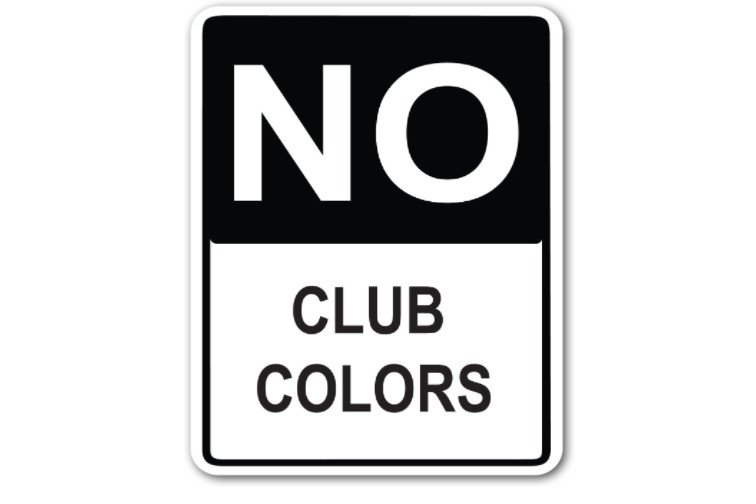 Maybe an unpopular opinion, but we don’t need club colors around here. The axe throwing community has been a place where everyone is accepted for who they are. It doesn’t matter if you are a blue or white collar worker, a doctor, an engineer or a guy that has a gig making a living off of selling trinkets to the community. We are all one big family. People enjoy the community because they can be themselves. We may be on different sides of the political isle, or throw a different style, but at the end of the day we are all human beings who love throwing sharp $*^# at targets. Yes, we have our differences, but we move on from it.

The terminology of “Club” does NOT refer to a venue, even though some parts of the country or territory refer to their home venue as a “Club”. When speaking of “Club Colors”, I am referring to a collective of people assembled to form a “Club” or a “Team” in which people that are not in said “Club” are on the outside looking in.

We have enough to potentially divide us as a community as it is already. One of the things we wanted to accomplish by becoming a member of The World Axe Throwing League while already being a member of the International Axe Throwing Federation was to bring the two groups of throwers together. Neither of these basically “recognizes” the other, but the players use their affiliations in negative ways which cause a divide in the community.

Along comes the idea of an Axe Throwing Club. On the surface it sounds cool. A group of people who’s name we have seen here and there. “Elite” throwers all in one “club” or group or collective or gang… whatever you want to call it. You can even call it a community if you want, but a community within a community further divides the community as a whole. THAT is what concerns Choppers.

We understand the “goal” of gaining sponsorship for throwers. Making it more affordable for players to travel. I agree that is a great goal, but I think it can be done another way without alienating anyone. I do not have an alternative solution at the moment, and still feel the sponsorship issue is in the same place it was the last time I wrote about it in a blog post.

What do you care?!

Choppers has a strong belief that everyone should be treated equally, and the axe throwing community largely shares this belief. Starting to fly club colors is the first step into creating the divide of; us and them. As previously mentioned, no different than the WATL and IATF divide. That is not who we are and it is not what we stand for. Choppers is a place for ALL throwers.

There may be one club being assembled currently, but other similar clubs have been announced as coming soon. Tribalism is starting to form. Each “club” will have its own mission statement, entry criteria and vibe. From where Choppers sits, a club that everyone is not able to be a part of is not allowed to fly their colors in our establishment or any of our events. In-house or otherwise. By having a selection process of who is allowed in your “club” you are alienating people, and we are not with you on this one.

This sign sits outside of another business the Choppers owners own. The business sits on the border of a town where Dr Martin Luther King Jr was denied service. It is a reminder to all of us. In the current state of the world as we are days away from having a transfer of power, moving toward unity and inclusion, and on this Dr MLK Day, sometimes a stance needs to be made. We are doing this for what we believe is the good of the community at large. We don’t believe there is a malicious intent to these clubs and it is not a knock at anyone’s beliefs or on any clubs/teams, but rather a question we should be asking ourselves. Are Exclusive Clubs/Teams what we need in this community?