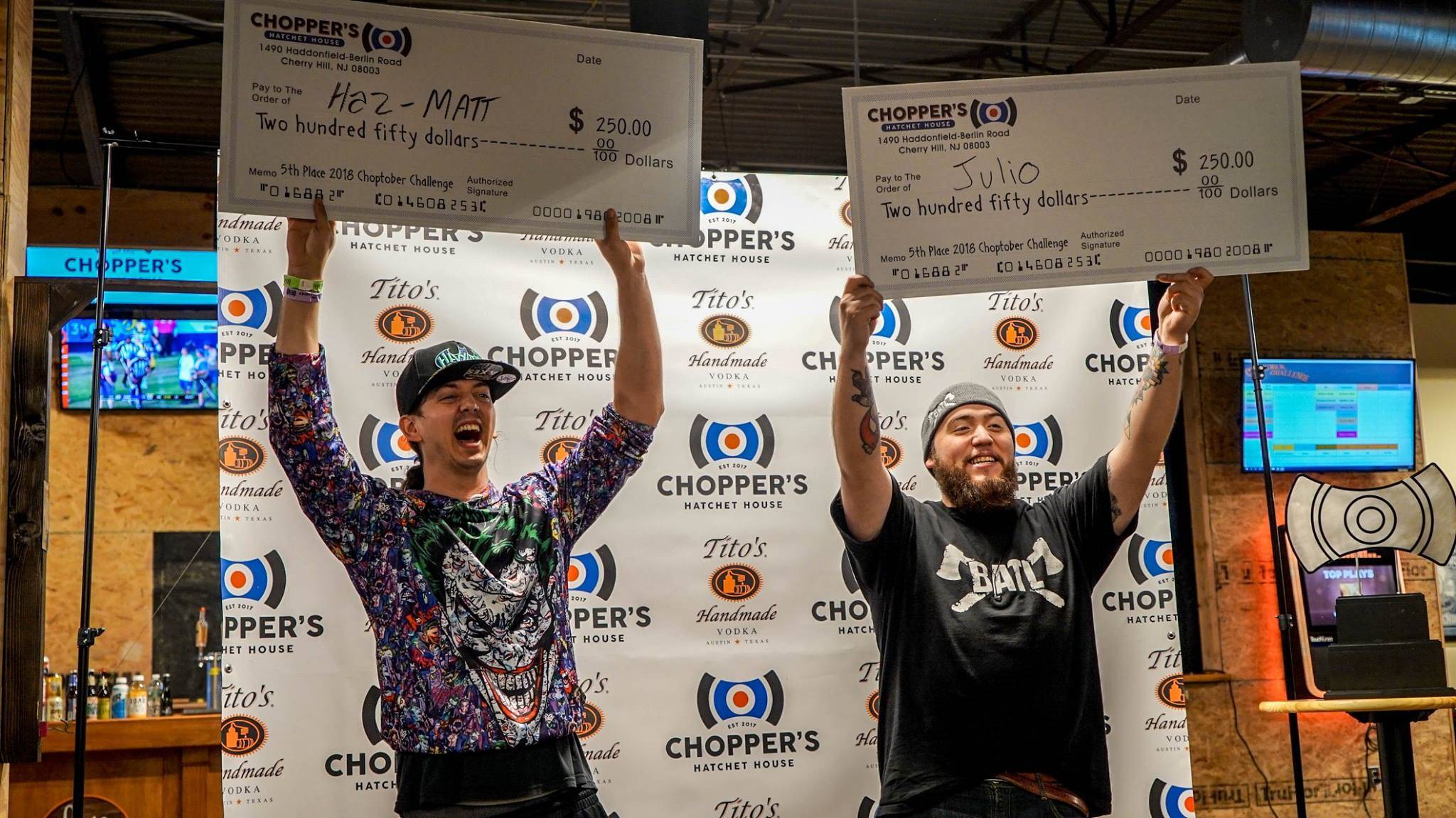 Paying Deeper Into the Brackets

The Origin of Why

After announcing that the 2019 Choptober Challenge was going to be 256 competitors, a friend asked me if I wanted to go to a big cornhole tournament. I had been considering adding cornhole leagues to Choppers Hatchet House, however we had just not gotten around to putting it together. I always like seeing how things are put together and executed. This particular day we were planning to go was the final day and was to be aired live on ESPN. Above all else, this was a double win for me. I can get a feel for their community as well as see how someone else is hosting a tournament.

Not knowing what to expect when we arrived, I looked up what info I could find. It was announcing a HUGE Prize pool of $180K and had a few impressive (and well fitting) sponsors. It was being held at a great convention center that hotel rooms and a very large show floor. Beyond this, I was not sure what to expect.

Everything important to a good tournament experience was present. Plenty of parking, signage, way finding, food, beverages and bathrooms. As we headed down the escalators to the tournament floor, it was clear this tournament was HUGE. There were, from what I counted anyway, 100 sets of cornhole boards. Being the last day, the place was empty. There might have been about 30 players. However, those remaining were those that were going to be on ESPN shortly. This turned out to be a blessing to be there at such a down time with the right people around. At the bottom of the stairs I saw an ACL (American Cornhole League) merchandise table set up with a few people behind it. I decided to walk over and start asking dumb questions. I’m very glad I did as I met Eric Ryder, the WCO Director.

As it turns out, Eric is a great guy who was willing to share some valuable knowledge of how they grew this sport. I learned they were only about 5 years old and hosting this 980+ player tournament. My question of the single biggest turning point in growth in the ACL was a big revelation to me. His answer: Paying deeper into the brackets. This set off an immediate light bulb in my head. This is what Axe throwing tournaments are missing. Paying deeper into the brackets. Defining what level players are actually throwing in, and including more beginners.

Every axe throwing tournament put on to date, including our own upcoming Choptober Challenge tries to pay a large first place, and pays a couple spots out from first. Its a great “bragging” point to the host to be paying out the most for first place, however I am now thinking this is a mistake. We should be celebrating more players, not largest first place. Yes, there needs to be a clear definition of those top players, but even in the top tiers we need to celebrate the placement of more players.

Our Commitment To Paying Deeper

The vow from Choppers moving forward is to make sure we can pay as deep as we can in the brackets for tournaments we hold. We hope other locations take this same mindset. Think about how many players register knowing they have a slim chance at that high paying 1st place check? Probably the majority of them. These player register because they want to see their friends from past tournaments and to make new friends. However, if we as tournament organizers can change this experience by having more people placing in the money, we could host so many more of these. Players would be more willing to make the trips out. The community will grow at a faster pace, and we will ALL win.

We are putting this belief into our next major axe throwing tournament coming up in May. This is a womans only tournament. Choppers will be running this under the IATF rules. We will be paying out to the 17th place which will celebrate the accomplishment of the top 24 female competitors in the sport of axe throwing, and we could not be prouder to start this trend.