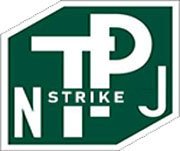 The What?! Turnpike Strike?

Choppers Holds a monthly tournament for axe throwing known as the Turnpike Strike! A smaller scale tournament usually consisting of 2 different skills competitions as well as a double elimination tournament. Held on the last Friday each month. Registration is capped at 24 players, but there are times we expand the field.

The prize pool consists of $450 for tournament and skills. The tournament portion pays the prize pool to the 6th place. Usually the skills are a coupe bucks for the winner. Players from all over are able to join, so it is a good way for members of the community, no matter their home affiliation, are able to compete against each other.

We typically try to do 2 Skills before the tournament starts. Skills are just another name for an axe throwing game, scored a different way the the standard game play. These skills are sometimes tried and true skills that have been around for a while. Other times, we come up with games that would be fun to try. Some are individual, some are team games. We try to switch it up and keep it fresh. Not all skills stick, but others are adopted by axe throwers from around the globe. That is always cool to see.

We seed based on the previous month’s placements and then based on registration time. If a player missed the prior month, but signs up earlier, their seed is higher than a player who waited until the last minute to register, who then would be playing higher seeding throwers. Obviously the advantage is to register early so you arent playing the winner of last month’s Turnpike Strike! There are times we throw this out the window and start all over again though. Mostly in the case of switching throwing styles (IATF or WATL) or gender (Woman Only TPS).

This is a standard double elimination bracket. Typically we do the first round of A bracket as best of 3 while everything up to the semi-finals in both A and B brackets are Best of 5. Once it gets to Semi-finals, we go Best of 7. Being as this is a double elimination, everyone needs to lose twice. If the winner of A bracket gets beat in the first Best of 7, both players will need to play a second Best of 7, potentially playing 14 matches in the finals.

We tried to up our streaming game in 2019. Adding cameras to almost all arenas. Some are also equipped with target cams as well as fixed cameras showing both throwers and target in one frame. The target cameras help viewers at home get a better look at the axe placement after throwing. I don’t know that the original vision / goal will be possible after getting into it. I wanted the commentator booth to be above all arenas and be able to switch back and forth to any arena that may have a great match up playing. Unfortunately, we are not professionals and it is a LOT to keep up with on the production side.

I put it out to our league members when first starting to build out our streaming infrastructure that anyone can commentate. At some point in this growing sport, this WILL be a legit job. Why not give anyone who wants, the chance to practice.

Opening the mic up to anyone has it’s ups and downs. Some people think its ok to curse, others don’t say anything. Those that do say things still say nothing and just talk gibberish. However, commentating on people throwing bullseye after bullseye does get very boring. To watch and to talk about. I feel like we definitely get into some conversations that are just some friends hanging out having a good time. This is (in my opinion) fine, since that is what this sport is all about. Having fun with friends. The people tuning in and watching are your friends and are able to hang with us from all over the world.

We will look to continue hosting these fun Turnpike Strike! monthly tournaments. We want to keep providing the environment competitive axe throwers can achieve their goals, reach new levels, get the recognition they deserve. Providing them with this is and has always been one of the commitments we make to our League members and members of both throwing affiliations. The World Axe Throwing League and the original founders, the International Axe Throwing Federation.